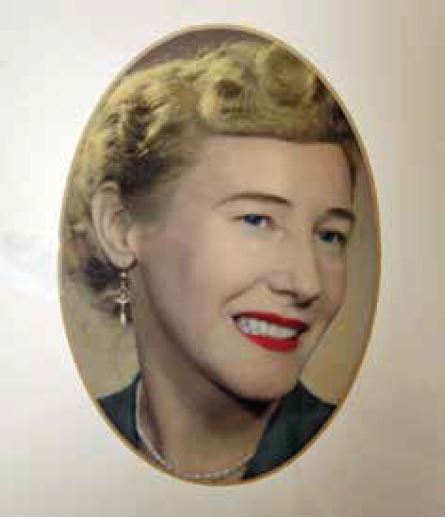 We’re pleased to announce that applications are now being accepted for the 2018 Opal Skilling Memorial Scholarship.  Deadline for applications is Friday, September 14, 2018.  Please click here for the application form.

Opal Skilling was the long-serving Secretary-Treasurer of COPE 15, one of MoveUP’s forerunners. Opal was dedicated to women’s rights and the recognition of women’s work.

MoveUP will award a scholarship in the amount of $1,000.00 to one qualified recipient per year. The Opal Skilling Memorial Scholarship will provide financial assistance towards continuing education in labour studies, women’s studies or gender studies. The scholarship will be available to MoveUP members, spouses and their dependents who identify as a woman.

Along with 15 other women, Opal created and later became Secretary-Treasurer of OPEIU 15 in 1962. Local 15 was instrumental in increasing respect for women’s labour, at a time when it was far from accepted in the labour movement at large. She forced women’s issues onto the labour movement’s agenda. Local 15 acted as a conscience of the labour movement, and Opal’s tenacity ensured that union employers lived their values. Under her 38 year tenure with Local 15 membership grew to nearly 2,000 members. And during this time Opal was also active with the Vancouver District Labour Council, sat on the BC Labour Relations board all while raising her two boys as a single parent.

Opal passed away in December of 2014, but MoveUP is the grateful recipient of her legacy every day. We see it in our union staff and credit union members. We see it in the rights and benefits our members enjoy, because she fought for them. And we see it in the continued tradition of strong women leaders within this union.