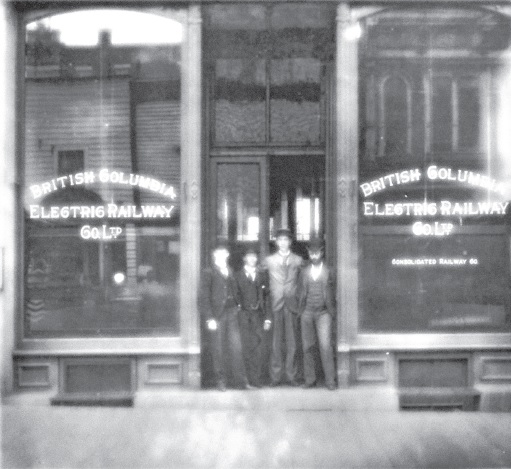 MoveUP began as a small social club at the British Columbia Electric Railway Company in the early 1900s. From its humble roots of a small band of workers gathering informally to plan dances and picnics grew the remarkable fellowship of passionate and committed membership that is now MoveUP.

The small social club was first formed in 1913 but would become the more formal BC Electric Office Employees’ Association (OEA) in 1918. The OEA applied for and were granted union certification from the Labour Board in the 1940s.

In 1955, the OEA would join the Office Employees International Union (OEIU), a United States-based union that was organizing office workers in British Columbia at the time. The Victoria-based OEA members would become Local 300 and the Vancouver-based OEA members would become Local 378. The Victoria local would merge into the larger Local 378 six years later.

In 1964, Local 378 elected to rebrand themselves to better appeal to a broader range of workers changing its name to the Office and Technical Employees Union (OTEU).

On November 9, 2015, in order to better align with the local’s purpose and evolving perceptions of its members – and to reflect the values of professionalism, progress and progress that all its members hold – COPE 378 rebranded as MoveUP, the Movement of United Professionals.

1940s: Officially granted union certification from BC Labour Board under the name BC Electric Office Employees’ Association

1974: One year after its creation, workers at the Insurance Corporation of British Columbia (ICBC) certify to be members of our union.

1979: Transit workers at BC Hydro are transferred into a new division, which eventually becomes BC Transit.

1983: Operation Solidarity – a coalition of unions and community groups – is formed when the Social Credit government introduces – in a single day – 26 pieces of restraint legislation allowing governments to break collective agreements and dismiss employees without cause.

1996: Rebranded as OPEIU 378, matching the name as our international union – Office and Professional Employees International Union – which had changed names back in 1965. The delay was due to provincial legislation preventing unions from using “professional” in their title until 1996.

2003: Our union helps form the Save the Track Coalition alongside community groups and horse-racing enthusiasts to save Hastings Racecourse.

2004: Canadian locals of the OPEIU declared autonomy, creating a new autonomous national union known as the Canadian Office and Professional Employees Union (COPE). As a result, we rebranded as COPE 378. Our National Union was divided into four regions: Region 1 – Quebec and the Maritimes, Region 2 – Ontario, Region 3 – the Prairie Provinces and Region 4 – British Columbia.

2007: Our union launches a massive campaign around the issue of protecting public power and opposing costly, environmentally damaging Independent Power Projects (IPPs). The campaign, known as Take Back the Power, helped raise awareness across B.C. of the economic and environmental problems associated with IPPs.

2009: COPE Local 15, the very first OPEIU international local in Canada, merged with COPE 378. This merger brought together the two COPE locals from British Columbia to become the only Local in Region 4.

2015: To better align with our local’s purpose and the evolving perception of our members, we rebranded as MoveUP, the Movement of United Professionals. We remain Local 378 of the Canadian Office and Professional Employees Union however we now do business and are known publicly as MoveUP.

2018: Our union launches a major campaign to fight against the privatization of public car insurance in BC. The campaign, known as Driving Public, exposed the former BC Liberal government’s attempt to bankrupt ICBC, fought back against the private insurance industry’s expensive campaign to destroy the public insurer, and helped spur BC’s provincial government to introduce a new car insurance model that enhances coverage for drivers, reduces costs significantly, and get the public insurer back onto stable financial footing.

2018: Our union launches a campaign calling on the Canadian government and Canadian Blood Services to end the discriminatory blood ban that refuses to accept blood donations from men who have sex with men.