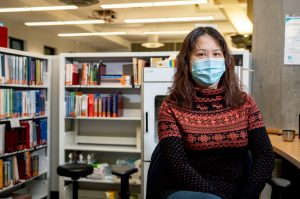 Unions that belong to a common labour body (e.g. federation, labour council) that share updates and resources and provide support during labour disputes

A method of settling disputes between a union and an employer during collective bargaining.

A deliberate attempt by a party during bargaining to prevent an agreement being reached.

All union members at a particular workplace, or collection of workplaces, that share the same collective agreement.

BC Federation of Labour (BCFED)

The provincial labour organization that represents over 500,000 members from affiliated unions across the province, working in every aspect of the B.C. economy. The BCFED is a member of the Canadian Labour Congress (CLC) and works with the CLC to further the interests of working people across the country. Learn more at bcfed.ca

Time-off arranged by our union to allow a member to work on union business where the member will be paid at their normal rate.

The largest labour organization in Canada, bringing together dozens of national and international unions, provincial and territorial federations of labour and community-based labour councils to represent more than three million workers across the country. Learn more at canadianlabour.ca.

The nationa labour organization that MoveUP belongs to. COPE-SEPB represents tens of thousands of members across several provinces in Canada. COPE-SEPB is affiliated to the Canadian Labour Congress (CLC). Learn more at copesepb.ca.

The work contract negotiated between your union and your employer. The collective agreement sets wages and working conditions, and establishes the rights of both workers and the employer.

The practice or quality of including or involving people from a range of different social and ethnic backgrounds and of different genders, sexual orientations, etc. (Definition from Oxford Languages)

Union membership fee that is deducted from your gross pay. In Canada, all union dues are tax-deductible.

The quality of being fair and impartial. (Definition from Oxford Languages)

An individual in an unionized workplace who is excluded from union membership, usually a manager or someone whose job requires a guarantee of confidentiality with the employer (e.g. in-house counsel).

Refers to both parties in bargaining (union and employer) demonstrating a willingness to meet a reasonable times to consider and respond to each other’s proposals.

A right that is believed to belong justifiably to every person. (Definition from Oxford Languages)

The practice or policy of providing equal access to opportunities and resources for people who might otherwise be excluded or marginalized, such as those who have physical or mental disabilities and members of other minority groups. (Definition from Oxford Languages)

Any form of protest by union members to object to an employers’ unfair treatment or stance in contract negotiations. An example of a job action is a strike, but it is not the only one.

Other forms of job actions include: wearing a union button at work, handing out information to customers/clients, or refusing to work overtime.

The intent of job action is to demonstrate to the employer that the members are united behind their bargaining committee.

A type of proof an employer must produce before a tribunal to show that the discipline of a unionized employee is warranted and necessary. The onus is on the employer to make their case, rather than an employee proving their innocence.

By contrast, a non-union employee that is terminated without cause is only entitled to notice and, occasionally, minimal severance pay. A non-union employee does not have a union to represent them and to fight to help them get their job back, or file a grievance on their behalf.

An independent, administrative tribunal with the mandate to mediate and adjudicate employment and labour relations matters for unionized workplaces.

These can include certifying union representation for a new bargaining unit, collective bargaining processes, and resolving disputes between employers and unions.

In the context of our union, refers to elected officials who hold positions responsible for managing our union’s operation and carrying out the mission, vision, and values of our union.

Also known as a Memorandum of Understanding (MOU). An agreement, in writing, between a union and employer to an intended line of action.

LOUs are generally attached to collective agreements and carry the same force. They also often specify a termination date.

An extreme tactic undertaken by an employer which involves shutting workers out from being able to work. This may occur in situations where the parties are far apart in negotiations.

A method of resolving collective bargaining or grievance issues that involves requesting a mediator step in and act as an impartial third-party.

A mediator promotes objectivity and compromise and does not make binding recommendations. Either an employer or union may apply to the Labour Relations Board Mediator Division for a mediator.

If mediation fails, the parties may move to arbitration or consider other actions.

A reserved fund used specifically for the purposes of protecting our members’ jobs and the communities they live in.

Similar to an LOU, it is an agreement, in writing, that is generally negotiated during the term of a collective agreement rather than as part of regular bargaining.

A Canadian political party whose roots come from the labour movement. MoveUP is affiliated with the British Columbia chapter, the BC NDP.

An officer of a union or labour organization typically refers to an elected leader.

The work of uniting workers in a workplace to become part of a union.

Refers typically to the union and the employer.

Refers to the period of time for a new employee where the employer can terminate their employment without providing reason.

A derisive term used to refer to a worker that crosses a picket line to perform bargaining unit work when there is a strike occurring. Some provinces, such as British Columbia and Quebec, have laws prohibiting the use of scabs during a labour dispute.

A member of our union that crosses a picket line to perform bargaining unit work during a strike situation – whether that strike is within their bargaining unit or another in that workplace (e.g. members of another union picketing that workplace) – is subject to disciplinary action including potential expulsion.

If a member is expelled from MoveUP, they will not be permitted to work in any bargaining unit positions represented by MoveUP in any workplace where we represent members.

A term used to refer to a general member of a union, someone who is not in a leadership position.

At MoveUP, refers to the position responsible for managing our union’s finances.

The length of continued service within a bargaining unit as a member of good standing of MoveUP.

In most collective agreements, seniority plays an important role in shift sign-ups, holidays, and advancement opportunities.

An acronym referring to Sexual Orientation and Gender Identity. SOGI is an inclusive term that applies to everyone, whether they identify as lesbian, gay, bisexual, transgender, queer, two-spirit, heterosexual or cisgender (identifying with the same gender that one was assigned at birth).

At MoveUP, refers to the positions of President, Secretary-Treasurer, and the three Vice-Presidents. Learn more here.

The practice of acknowledging the Indigenous peoples who originally inhabited the land that you are speaking on. Learn more here.

An organized association of workers, often in a trade or profession, formed to protect and further their rights and interests. (Definition from Oxford Languages)

Part of the staff at MoveUP. Union representatives lead collective bargaining, handle complex grievances, present arbitration cases, help injured or ill workers get support to return to work, plan and lead workplace job actions and campaigns, connect with members, and provide support for our job stewards in their workplaces.

An elected position at MoveUP. Vice-Presidents work full-time at MoveUP and are responsible for advocating for their constituents within their portfolios. Learn more here.

Stands for the Workers’ Compensation Board. The body responsible for providing fair compensation to replace workers’ loss of wages while recovering from injuries, promote the prevention of workplace injury, illness and disease, rehabilitate those who are injured, and provide timely return to work. In British Columbia, the WCB operates as WorkSafeBC.