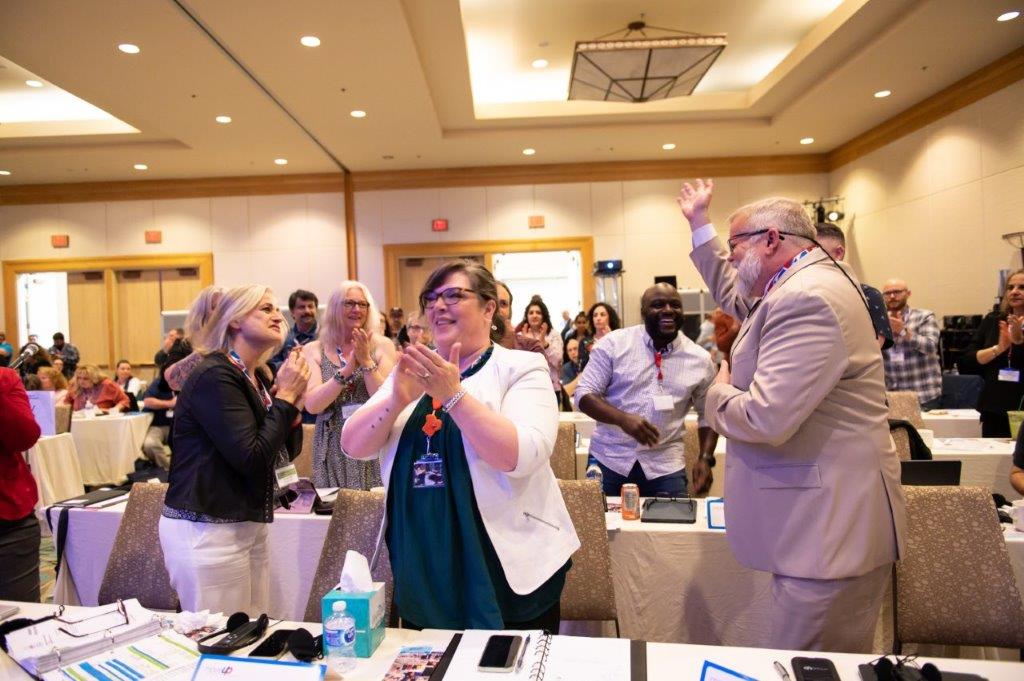 The third and final day of the 7th COPE SEPB Convention was just as action packed as the previous two.

The main highlight of the morning were the election and installation of officers. The results of the election were as follows:

Following the installation of officers, delegates then passed a special resolution to add David Black, outgoing national president, in the Constitution as a National Honourary President and delegate with full rights at the National Convention.

A tribute video to David thanking him for his work with our national union was also played for delegates at the Convention.

An amended resolution calling on COPE SEPB to make an immediate public commitment to fully diverse its defence fund and all other investments from all coal, oil, and gas companies and assets, and to commit to work towards a just and green transition for workers in these industries, was referred back to the National Executive

The Vice-President Report for Seat Reserved for Women was also presented to Convention. All written reports can be found here.

The panel was comprised of:

The session probed the panelist to talk about their work and what motivates them, when they felt like they were part of a team, dealing with imposter syndrome, dealing with the idea that there’s only so much equity to go around, dealing with hate, dealing with tokenism, what gives them hope, and much more.

The conclusion of the equity panel marked the end of the formal business of the 2022 COPE SEPB Convention.