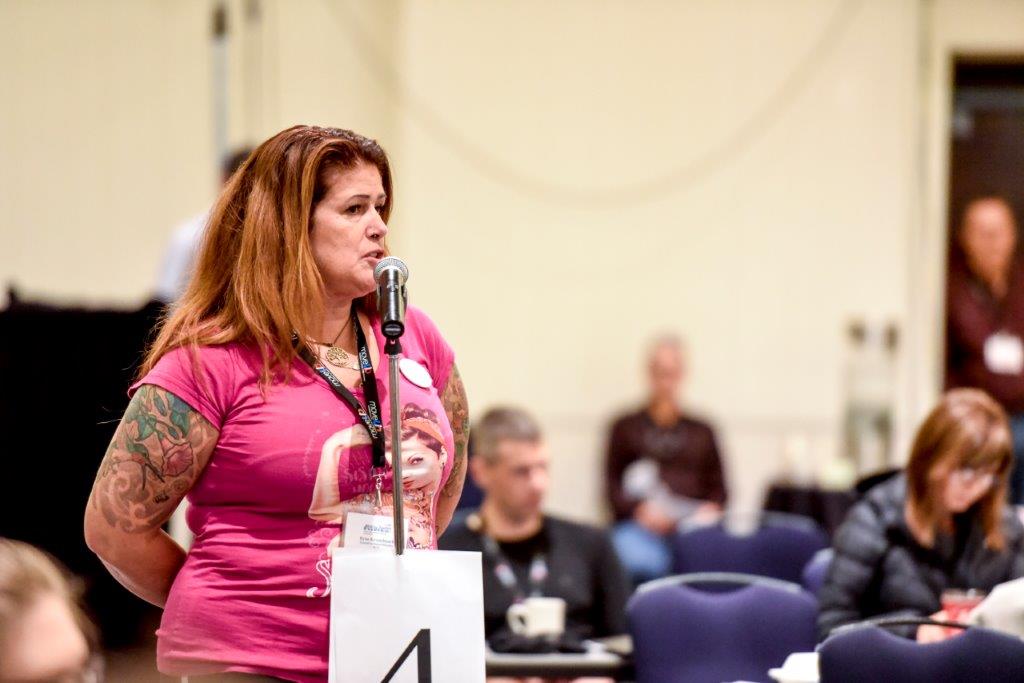 Today, December 17, 2019, is the International Day to End Violence Against Sex Workers.

My hope and dream is that it marks the last day that sex workers are brutalized, murdered and raped. But will this be the reality? Sadly, no.

This day originally started as a memorial and vigil for the victims of the Green River Killer, who was convicted or murdering 49 women in Washington State during the 1980s and 1990s.

This day has now become an annual, international event to call attention to those who have been, and are being, murdered. This day calls for an end to violence against sex workers being an acceptable practice.

The reality is that sex workers are subject to systemic violence daily. Today is the day that we call attention to hate crimes committed against sex workers worldwide. We need to eradicate the social stigma which contributes to the violence sex workers face from all corners of society.

Our union is proud to take a stance to support the decriminalization of sex work. Join our call at MoveUPTogether.ca/safesexwork.