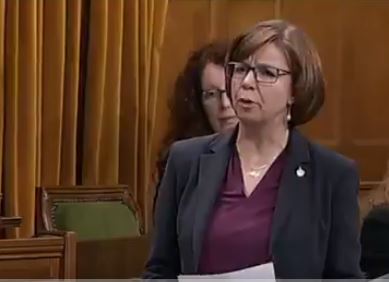 Starting on January 22 and leading up to the final voting day on January 30, residents in Nanaimo will have the opportunity to have their voices heard and play a major role in shaping the direction of our province for the next several years.

For 16 years while the BC Liberals were in government, Nanaimo watched the previous government sit idly by through multiple school closures and services for our children, rising housing and rent costs, care home staff and services gutted, and seriously considered significantly slashing BC Ferries services. Now they are hoping residents will simply overlook two decades of neglect because Nanaimo holds the key to a potential power shift in the province.

Nanaimo residents deserve better than a BC Liberal party that only wants to use them as a stepping stone but won’t be there to deliver on what residents actually need.

MoveUP is proud to endorse BC NDP candidate Sheila Malcolmson in the upcoming by-election. Sheila has proudly served the riding of Nanaimo-Ladysmith as a Member of Parliament since she was elected back in 2015 and has made protecting B.C.’s coast one of her top priorities which includes protecting the environment but also focusing on good jobs in the area including in the wild salmon and tourism industries, respectively.

A resident of the Nanaimo area for more than 20 years, Sheila was elected to the Island Trusts four times prior to becoming an MP, and served as Chair of the Islands Trust Council, where she campaigned for fair ferry service, marine safety, and oil spill prevention.

Sheila has a degree in Environmental and Resource Studies from Trent University (1989) and has worked for the Canadian Institute for Environmental Law and Policy where she fought against nuclear plants and launched a constitutional challenge to the Nuclear Liability Act. She has served as an advisor to the Saskatchewan Electrical Energy Options Panel and Queen’s University Environmental Policy Centre, and was a board member for the Conservation Council of Ontario and the BC Sustainable Energy Association.

Working together with the BC NDP team, Sheila is committed to continuing the work that the government has done since assuming power in July 2017 including a new ICU at Nanaimo Hospital, freezing or reducing ferry rates, investing in training spaces and new facilities at Vancouver Island University, funding a new shelter in Nanaimo for women and children leaving violence, construction of affordable housing, and increasing hours for senior care.

This is in addition to other province-wide initiatives aimed to help working people and families including eliminating unfair MSP premiums, raising the minimum wage, and providing access to lower cost child care for parents including for over 2,700 children and their parents in Nanaimo to date.

When advanced polls are open from January 22 to 27, and on general voting day on January 30, we hope we can count on your support for Sheila Malcolmson.