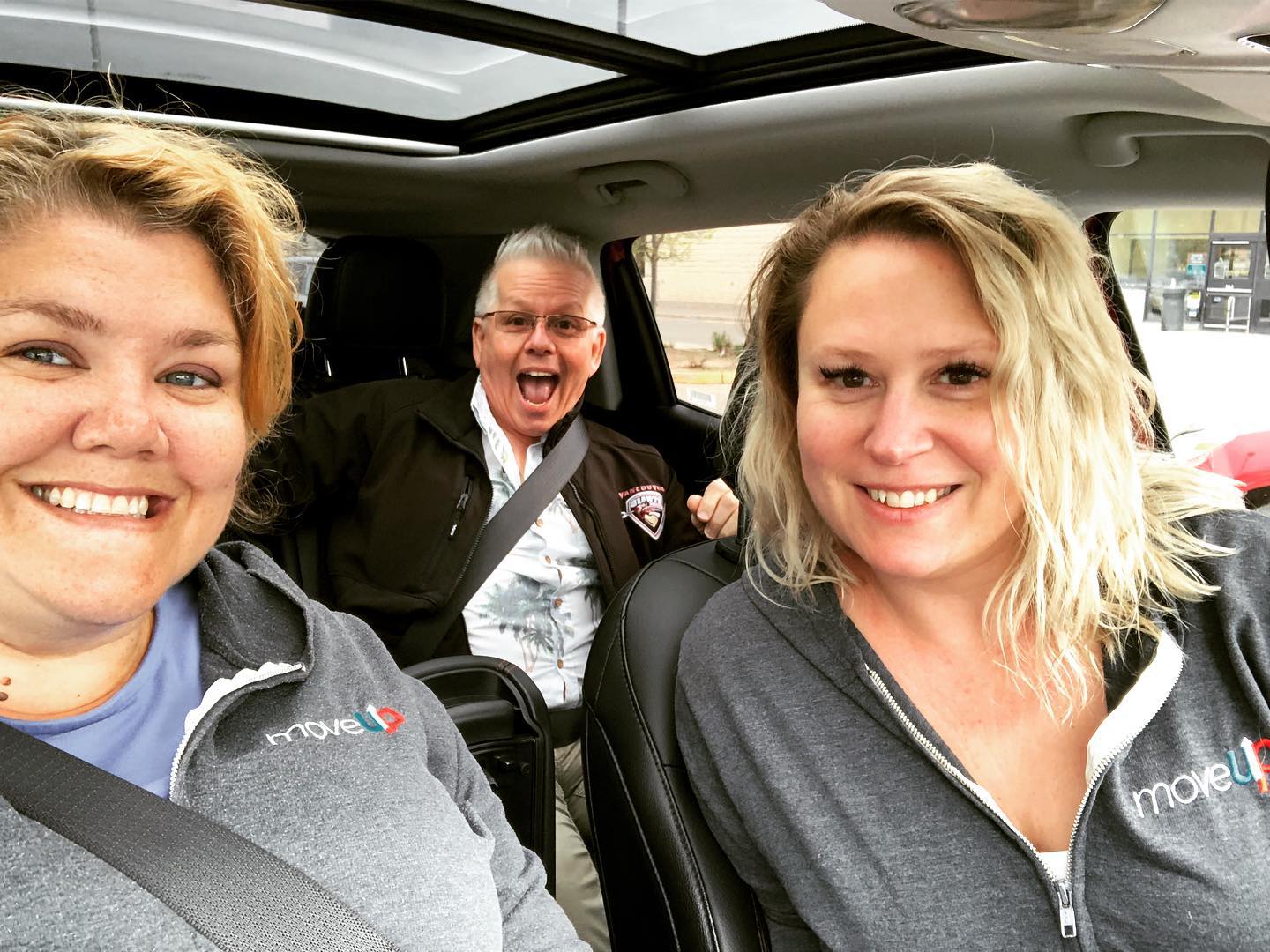 What do you do when you have a Vice-President, a Union Rep and an Executive Board member locked in a car for nine-plus hours driving 827 km from Smithers to Fort St. John? 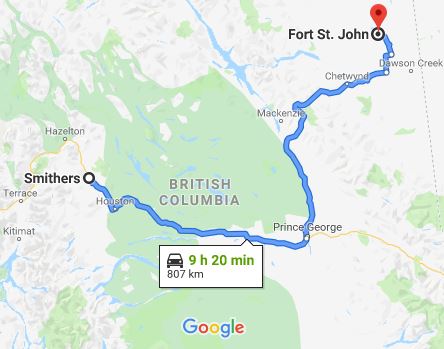 When signing up for site visits this spring, I knew I wanted to visit places I had never been to before so the opportunity to join VP Christy Slusarenko and MoveUP union rep Noel Gulbransen heading to Northern B.C. was the trip for me. It began in Terrace and ended up in Fort St John. Originally we were flying from west to east, but the flight options didn’t line up with our schedule, so we took the tour on the road leaving one morning from Smithers and ending the night in Fort St. John.

Along the way we stopped at Burns Lake and Vanderhoof but, after that, there was a lot of driving time, music to listen to and questions to be asked. That’s when I had the thought, if we’re going to have this unique opportunity, why not use it to take questions from our members? It was a great opportunity to let members know who we are and what we’re up to.

We started by snapping a photo of the three of us ready to hit the road. I posted it up on my personal Facebook page to invite anyone to post a question and we say we would do our best to answer it while we were on the road.

I got in touch with our Communications Department back at MoveUP headquarters and they were more than happy to help us facilitate our unique idea on the fly. They helped become the voice of our members by hitting us hard with many questions ranging from why we chose to become job stewards to which union activist we would want to have dinner with. You can check out MoveUP’s Facebook page for all the screenshots from our long conversation.

The Facebook ‘Ask Me Anything’ exercise gave our members a chance to learn a little bit about us, but what really stood out to me on this trip was what I was able to learn along the way about our members.

In my position working as an ICBC Driver Examiner, we have our own issues and concerns at our workplace in Vancouver Island. Naively, I always thought the issues that we faced were more critical and more problematic than those that others around the province faced. Clearly, this experience opened my eyes to much more than what was going on in my world with my colleagues over on Vancouver Island

For example, this past winter was a cold one and, over on the Island, we even experienced some snow. Yes, our peaceful little Island where normally we enjoy less rain on the Mainland. Because of these conditions, we had to cancel some scheduled road tests.

Now, before I continue this story, let me first say that, to be fair, many new drivers with just their learner’s license where I am aren’t always prepared to drive in the snow. We don’t always change our tires when the season changes, and studs are not something we think of when winter hits in Victoria.

Relaying this story to our friends who we met up in the North, it became a running joke for them. Cancelling road tests for a little snow? That’s not the experience for these members who go out and conduct road tests in conditions that most of us would consider extreme.

Another key difference between the location I work at and what I saw up North was how our offices are differently organized. For instance, my location alone has 15 driver examiners. That gives me 14 different co-workers whose brains I can pick and interact with. That doesn’t include the many Customer Service Representatives that I work alongside with.

In the North, you are lucky to even have one co-worker that works the same shift as you. That’s if you have a co-worker at all. Being able to just work out of one location is another luxury that many of my colleagues enjoy, that isn’t necessarily available to our counterparts up North.

I can’t imagine being trained as a Driver Examiner and then being placed in a location where I would be the only ICBC employee – that means no manager, no supervisor, no other co-workers to ask a question to or even share a funny story with. It sounds like an extreme example, but I’ve learned that this can be the norm in locations outside the main hubs in our province.

This isn’t just Driver Examiners either. I saw members in Claims positions throughout the province working in offices that would accommodate 15 people, with desks and phones, but there may only be one person at reception and 1-2 people at the desks.

For me, being a part of a community of ICBC employees, I know we have to acknowledge the common issues that affect all of us, but also respect the issues of others we may not understand and find a way to come together and support one another. We may do the same work and have the same job titles, but it became very clear to me that we don’t always work in the same situations.

Flying back home to Victoria to my two boys and my husband, I will be bringing back many stories of my experiences that I gained in my week of site tours. I’ll also be bringing home a tremendous amount of respect and appreciation for my comrades across the province.

I really hope our MoveUP members, regardless of what unit you work at, took the time to follow some of our posts along our trek so they could learn about us as well and our passion for our MoveUP community.

I’m already looking forward to the next time I get to hit the road again with MoveUP. Maybe next time, those Moose signs on the road won’t lie and we’ll actually get to see one!