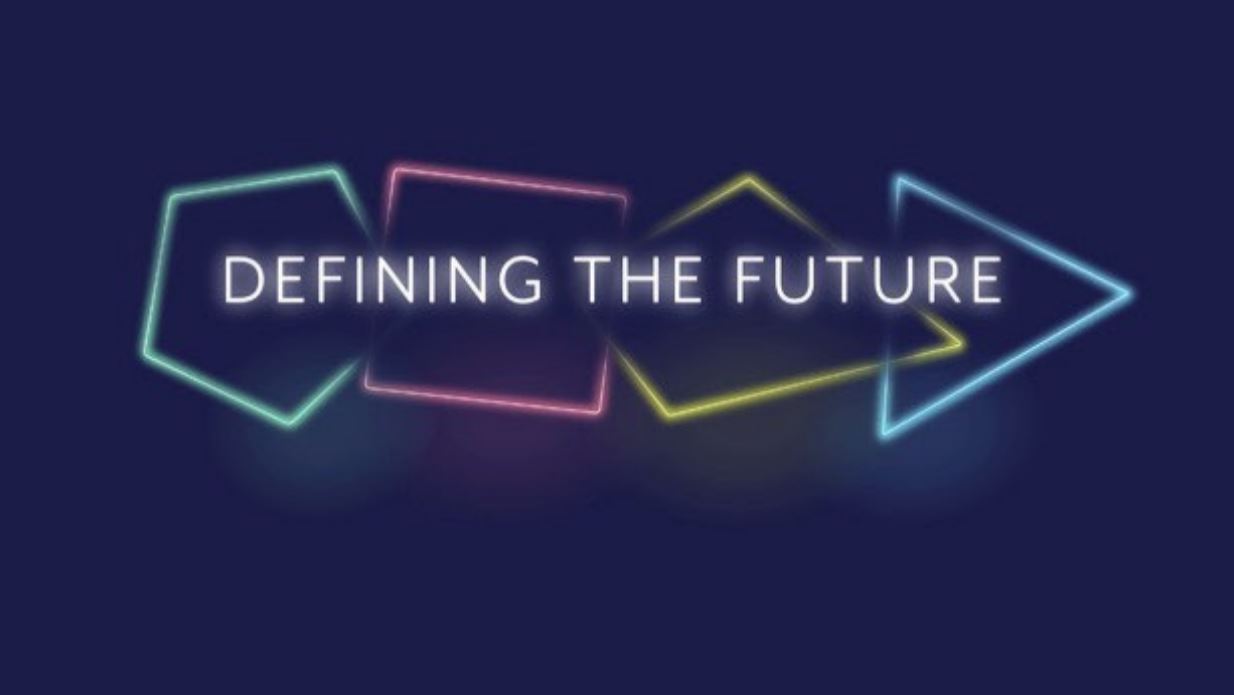 The 29th Constitutional Convention of the Canadian Labour Congress (CLC) is being held virtually from June 16 to 18, 2021.

Check back for more updates throughout the Convention week. You can also learn more at convention.canadianlabour.ca.

All resolutions that are not brought to the floor of Convention are referred back to the Canadian Council. You can find a description of all the resolutions passed from the CLC here.

The next schedule CLC Convention will take place in Montreal from May 8 to 12, 2023.

MoveUP is pleased to announce our endorsements for the Canadian Labour Congress elections.

The final day of the 2021 CLC Convention got right down to businesses starting with the Report of the General Resolutions Committee presenting the Climate Action Agenda Policy Paper. An amendment was proposed to rename the policy paper to “Climate Emergency Action Agenda.” The motion passed. The report was adopted.

The General Resolutions Committee then presented the Human Rights Agenda Policy Paper. The report was adopted. 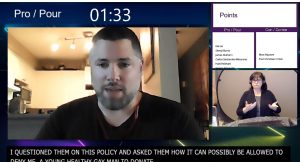 MoveUP Executive Board member Gunter Seifert spoke in support of the Human Rights Agenda Policy Paper, calling specific attention to the matter of the blood donation ban against gay men and trans women as well as the cruelty and dangers of conversion therapy (see point #117 in the paper).

Gunter also shared the story of how he was first questioned about his sexuality when he attempted to donate blood for the first time as a young man and, when questioning the policy, was told that it was because “men cheat.”

The General Resolutions Committee then presented the committee report.

The latter resolution was challenged by one delegate as potentially being contradictory to the CLC Constitution. Outgoing President Hassan Yussuff indicated that the incoming president would have to bring this to the Canadian Council to reconcile the resolution and the constitution.

To view, and read the full text, of the resolutions in this section, see page 55 of the Official Programme.

Additional, the Canadian Council also unanimously passed a resolution in support of Palestinian Human Rights which calls for an urgent campaign to stop Israel’s ethnic cleansing of Palestinians.

To begin the second half of the final day, tributes were given to the retiring officers – Executive Vice-President Donald Lafleur, Secretary-Treasurer Marie-Clarke Walker, and President Hassan Yussuff. Each of the departing officers were provided time to address delegates with all three reflecting back on the work they have been a part of and their hopes for the future of the labour movement, while giving thanks to those they worked with and their respective families.

The elections for the CLC executive were next on the official agenda. The following individuals were successfully elected:

The new President of the CLC – Bea Bruske – delivered her speech thanking all the candidates who ran and reminding everyone of the importance of debate. She reflected back on attending her first CLC Convention in 1992 in Vancouver where she remembers seeing Shirley Carr, the first women president of the CLC, handing off the presidency. At the time, she never thought she would be standing up at that podium addressing the CLC Convention as the new president.

She went on to talk about the importance of strong, united leadership needed to support working people who are under attack from right-wing governments who are stripping away workers’ rights and stripping health and safety protections while undermining unions’ ability to participate in elections. She noted that employers are also seeing these moves by governments and are taking advantage by exploiting working people. 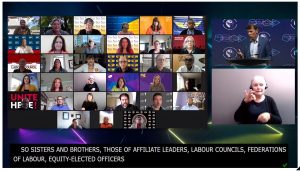 She also touched on the role that the labour movement and unions have to play in the climate crisis, reconciliation, and supporting the LGBTQ2S+ community and racialized workers.

The members of the Canadian Council, which includes MoveUP President David Black, were sworn in, and a tribute to locked out and striking workers closed out Convention 2021.

You can find the list of striking and locked out workers here.

The second day of the CLC Convention began with President Hassan Yussuff sharing the news of Bill C-15 passing third reading in the Senate, which paves the way for the legislation that harmonizes Canada’s laws with the United Nations Declaration on the Rights of Indigenous Peoples (UNDRIP) to be enshrined into law.

Hassan noted that that reconciliation and justice is only possible when the rights of Indigenous people are fully enshrined and respected.

In closing, she noted how it has been an honour to representing working people in Canada and abroad for the past 19 years and thanks all the activists she has had the opportunity to work with including CLC staff.

After spirited discussion, the report was adopted.

The full report can be found here.

The Good Jobs Policy Paper was presented next, followed with a continuation of the resolutions contained in the Economic & Social section. The paper was adopted.

To view, and read the full text, of the resolutions in this section, see page 29 of the Official Programme.

The second half of the day began with a report from the Constitution & Structure Committee.

Resolutions addressing the following were debated, voted on, and defeated by the delegates:

To view, and read the full text, of the resolutions in this section, see page 16 of the Official Programme.

Delegates had the remainder of the day to listen to all the candidates running for election.

MoveUP’s endorsements can be found at the top of this page.

Convention began with CLC Secretary-Treasurer Marie-Clarke Walker serving as the chair and introducing Claudette Commanda, an Algonquin Knowledge Keeper, to provide the opening welcome to the delegates.

Claudette also offered prayers for the 215 children whose remains were found in the unmarked grave on the former Kamloops Indian residential school site, making it clear that we must come together and honour children and the survivors of residential schools and not forget that this is Canada’s history and that the truth must be told.

In his speech as the outgoing president of the CLC, Hassan Yussuff opened talking about how solidarity is more than engagement and how its about taking action. He talked about how the Canada has faced many profound, painful events pointing specifically to the deaths of over 25,000 Canadians from COVID-19, and the recent news of the discovery of the remains of 215 residential school children and the Muslim family targeted and killed by a terrorist attack. He also touched on the hate attacks targeted people of different faiths and races, including Blacks, Asians and other racialized individuals.

Hassan pointed out the need to channel grief into action, and that words and emotions are important but real change requires mobilization at the base. He pointed to the success our movement has had because of grassroot activism.

He talked about how the Stephen Harper-led Conservatives tried to destroy the labour movement seven years ago, but how the CLC worked to defend our rights but now need to continue to make new gains. He reviewed a long list of successes including the likes of getting anti-union legislation (Bill 377 and Bill 525) repealed, fighting for funding on universal child-care system, achieving a $15 minimum wage for federal workers, paid leave for domestic violence survivors, electing progressive candidates at municipal and school board levels, and turning pharmacare into a national priority among others.

In referencing the pandemic specifically, he noted the CLC’s work is built on three pillars: 1) Keeping all workers safe in the country; 2) Ensuring all workers have emergency income support; and 3) Highlighting and pushing for change with regard to the impact that the pandemic is having on equity-seeking communities.

Hassan ended his speech indicating his full confidence in the next team of leaders to build on what has been accomplished, and to continue putting workers and their families at the core of every campaign at the CLC.

After a number of house-keeping and agenda discussions and adoptions were held, a 10-minute video honouring fallen workers was played. Marie-Clarke indicated this year’s list was particularly long as a result of COVID-19, with some affiliates submitting lists that were hundreds of names long.

MoveUP had two members who were among those honoured: Brenda Rovner and Gurpreet Sran. The full list of fallen workers can be found here.

A highlight video was played showing some of the CLC’s victories from this past term. More details on can be found in the Canadian Council Report to Convention.

The second half of the day focused on debating resolutions.

The Economic & Social Resolutions Committee presented their report and the Democratic Agenda Policy Paper. The paper was adopted.

To view, and read the full text, of the resolutions in this section, see page 29 of the Official Programme.

Emergency resolutions addressing the following were debated, voted on, and carried by the delegates: 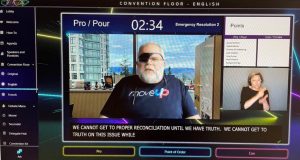 MoveUP President David Black, speaking in his role as national president of COPE-SEPB, spoke in support of the resolution to honour the 215 Kamloops Residential School Victims and the Implementation of the 94 TRC Calls to Action.

Calling in from stolen land on the traditional, ancestral territory of the xʷməθkʷəy̓əm (Musqueam), Sḵwx̱wú7mesh Úxwumixw (Squamish), səlilwətaɬ (Tsleil-Waututh) and qiqéyt (Qayqayt) First Nations, David said that we can’t get to proper reconciliation until we have truth, and we can’t get to truth when governments and churches across Canada continue to suppress records of what went on at the residential schools. He called on the CLC to demand that governments at all levels and churches release all their records.

To view, and read the full text, of the emergency resolutions, click here.