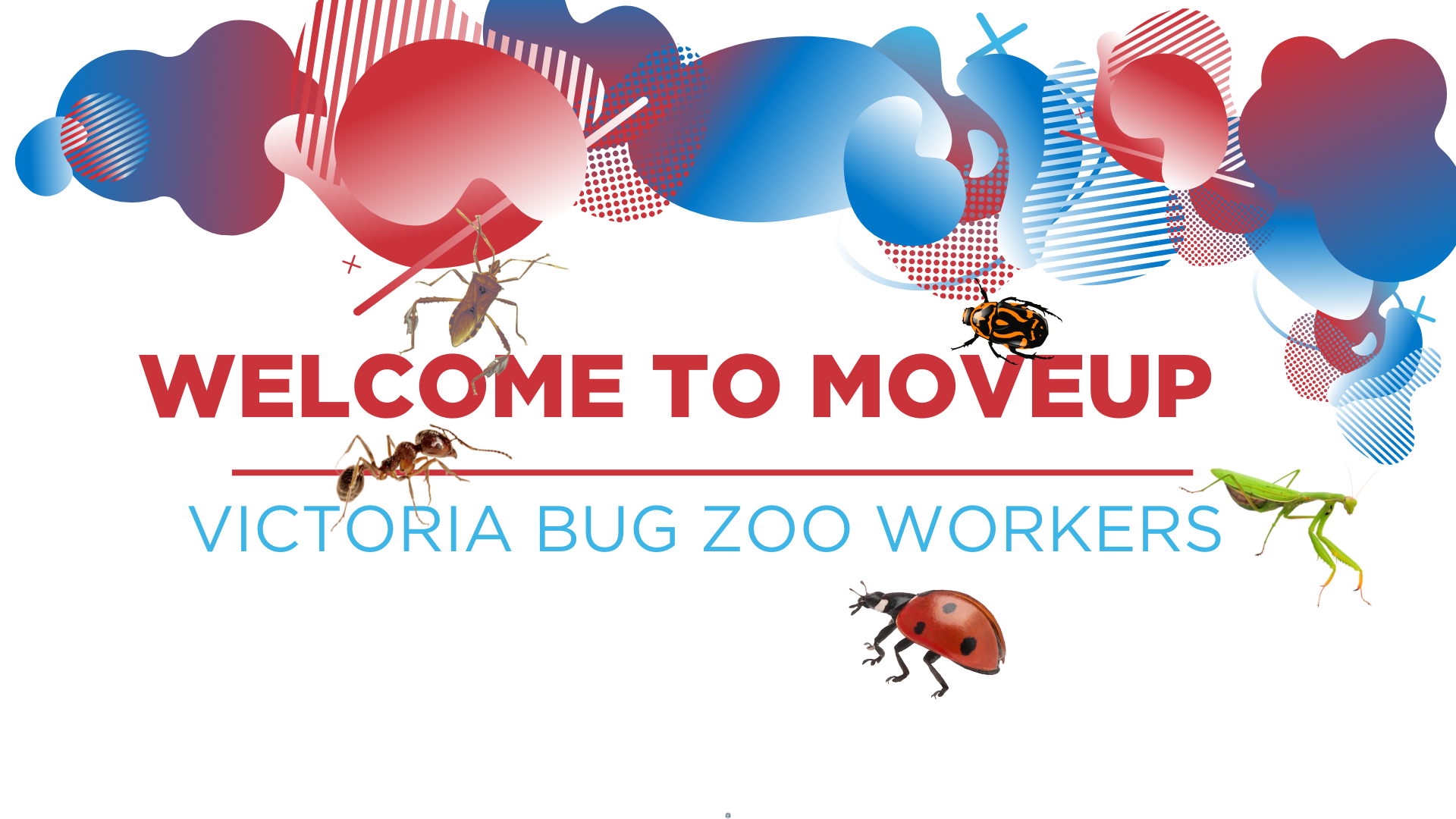 On September 22, 2022, workers at the Victoria Bug Zoo were thrilled to learn that their efforts to become certified as members of the MoveUP union had succeeded.

The Victoria Bug Zoo is an award-winning science education attraction that has been operating in downtown Victoria since 1997, where the public can see, touch, and learn about many species of amazing arthropods, including leaf insects, giant millipedes, and tarantulas.

“Unionizing isn’t only something that can benefit large groups of workers at big corporations. Even in workplaces that are small, collective bargaining power is needed to ensure that workers can advocate for themselves, each other, and the work they love,” said Liz Cronin, a part-time worker at the Bug Zoo who initiated the unionizing effort. “We love educating the public about insects and other arthropods, we love seeing kids and adults asking questions and getting close to creatures they just met, and we wanted the Bug Zoo to have the strength that comes with a more balanced power dynamic between workers and owners.”

“Our commitment to the bugs and to each other made this possible,” added another Bug Zoo worker, anonymously.

The Victoria Bug Zoo is one of several workplaces where workers have successfully organized to join MoveUP since the start of the COVID-19 pandemic. Those include the BC Civil Liberties Association, the Arrow Lakes Branch of VantageOne Credit Union, PrairieCoast Equipment Langley, Surrey Metro Taxi, and Nimbus School of Recording & Media.

“The COVID-19 pandemic has really reinforced for workers in all fields and sectors, in large and small companies, in public and private sectors, just how valuable having a union to represent the best interest of workers is,” said Lori Mayhew, President of MoveUP. “It was the determination and passion of the members who work at the Victoria Bug Zoo, as well as at all the other workplaces where we have recently been certified, who made this possible. They are an inspiration to workers who don’t have a union right now, but recognize the immense benefit of being part of a union, by providing an organizing model that can be emulated.”

Workers who are interested in joining MoveUP can visit MoveUPTogether.ca/join for more information or send a confidential email to join@moveuptogether.ca.