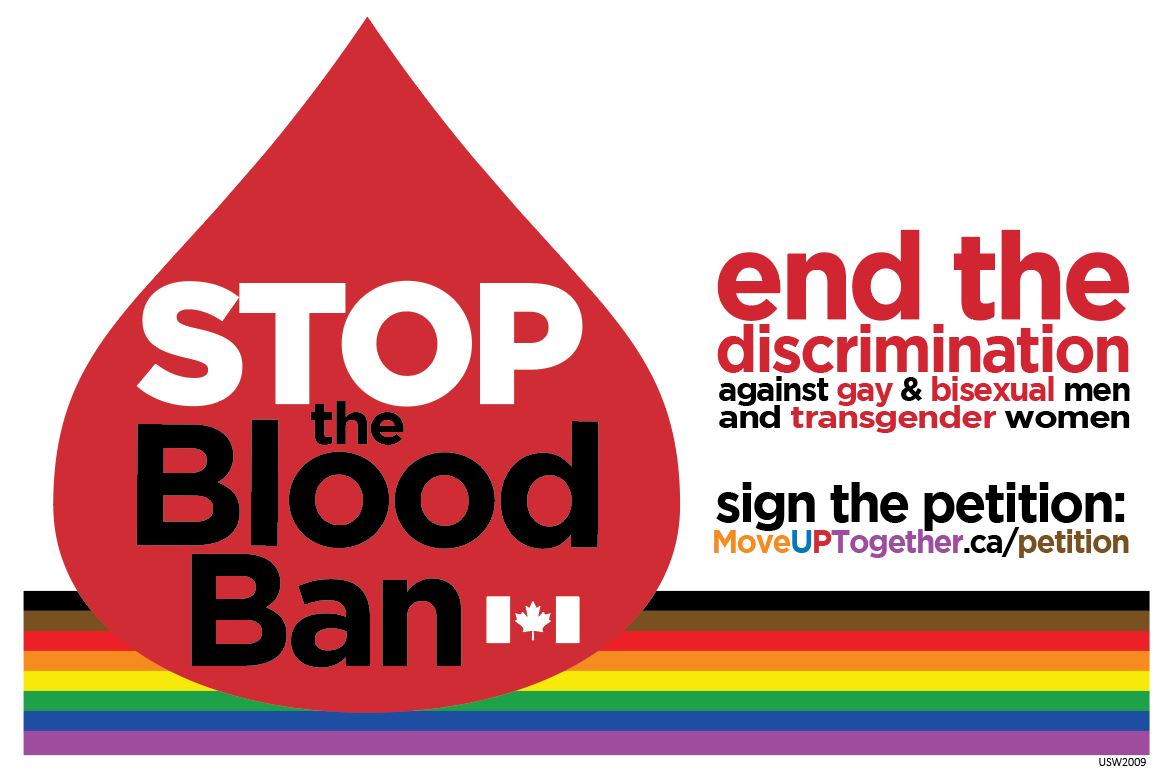 In 2018, MoveUP initiated a petition to the Government of Canada to ask Canadian Blood Services (CBS) to end the discrimination against gay men which bans CBS from accepting blood from gay men unless they have been celibate for a year.

Although, in 2019, CBS dropped the ban to a three-month period, this still represents a discriminatory ban.

The ban focuses on gender and sexual identity over sexual behaviours more likely to indicate risk of sexual disease, despite the fact CBS screens all blood from all donors for a variety of factors, including HIV and other sexually transmitted diseases.

The ban creates and reinforces negative stigma surrounding men who have sex with men, and prevents potentially healthy donors from donating blood.

Additionally, CBS misgenders trans women as men for the purposes of blood donation and focuses on their gender affirmation surgery status, despite there not being a single documented case of a trans person donating infected blood.

We, concerned citizens, call upon the government of Canada to act now to repeal the blood ban against men who have sex with men.

To support our efforts to end the discriminatory blood ban, please add your name below.