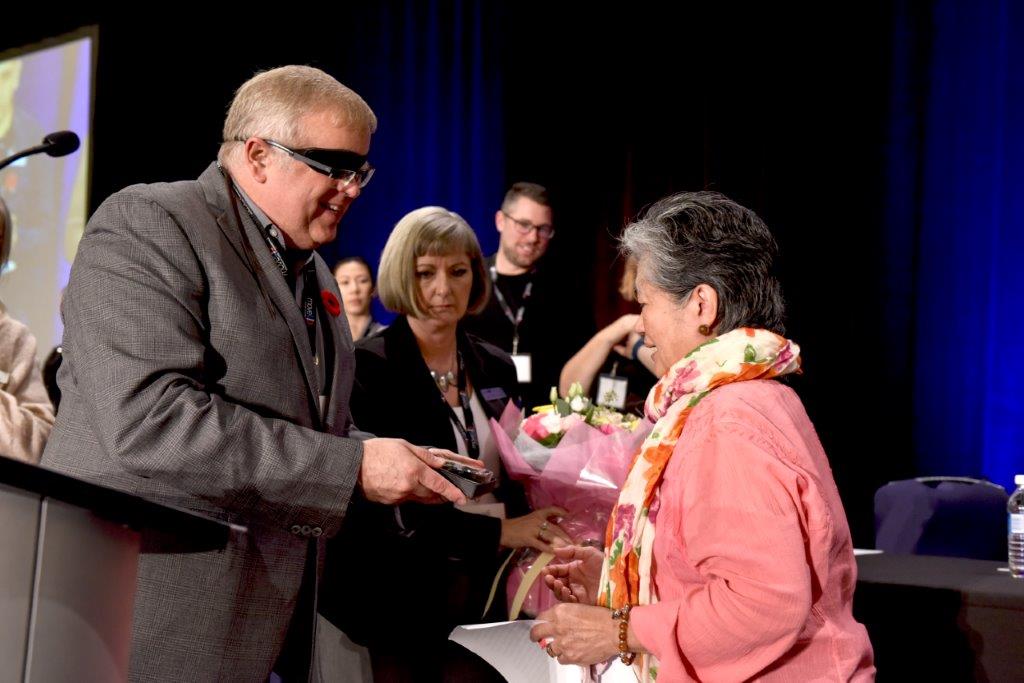 Nominations are open for the 2019 Ardell Brophy award. This annual award is presented to MoveUP stewards who demonstrate fierce dedication and commitment to their union, and who has shown leadership in helping to foster and support new activists.

Ardell Brophy first served MoveUP members on the executive board before becoming a union representative at the union office for over 18 years. She had donated her talents as a stand-up comedian to raise money for countless causes and had mentored many up-and-coming female comics. Ardell passed away in 2015 after a long battle with pulmonary fibrosis.

The award will be presented to the applicant with an outstanding record of union activism, and one who has shown leadership in helping to foster and support new activists.