Fixing public car insurance only way to bring rates down 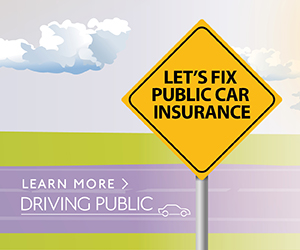 The way we calculate auto insurance rates for drivers in B.C. is changing next week and, frankly, it has been long overdue. On September 1, the Insurance Corporation of B.C. (ICBC) will begin transitioning to calculating insurance rates based on the driver rather than the vehicle. This will be significant change for B.C. motorists, many of whom have never known any other system than the one we have today. But it was what B.C. drivers have said would be a more balanced approached to car insurance.

This will put our province in line with the rest of the country and it’s helping to fix the public auto insurer, which until recently was a well-financed and highly effective Crown corporation. Together with the changes implemented back in April which increased our accident benefits (coverage to help recover from injuries, regardless of who is at fault), ICBC is rebounding from the effects of the $1.2-billion cash grab by the previous BC Liberal government. 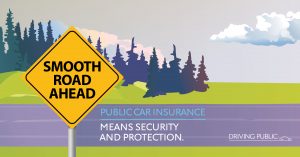 In B.C., the auto insurance debate centres on cost and privatization, which is a dramatic oversimplification. We have all heard the claims that B.C. has the highest auto insurance rates in Canada. But you might not know that the compulsory basic auto insurance policies are substantially different in every province, making a direct dollar-for-dollar comparison as accurate as comparing a 1999 Honda with a 2019 Mercedes-Benz.

Drivers in our province enjoy better protection than drivers in other provinces. For example, our basic coverage contains $100,000 more in accident benefits than in Alberta. There is also uninsured automobile protection, hit-and-run coverage, and inverse liability protection, the latter which covers claims for accidents with someone from a province or state where the laws don’t allow for claims against the person who caused the crash. None of that coverage is part of basic auto insurance in Alberta.

In Alberta, they have market competition and, yet, the insurance companies in Alberta describe that model as being in crisis and the only way to fix it is to raise rates, and significantly I might add. It’s the same situation in Ontario. Meanwhile, rates in Manitoba, Saskatchewan and Quebec are among Canada’s lowest. It is not lost on many British Columbians that the success stories are in jurisdictions that have public car insurance already.

Across the country, auto insurers – whether public or private – are dealing with similar issues: there are more claims, more crashes, and the cost of fixing cars today keeps going up. Purchasing insurance isn’t something we go around bragging about. No one ever says ‘hey look at the amazing insurance policy I just bought.’ It’s one of those bills we wish we didn’t have to pay. We all hope we don’t need to have to use our insurance but, when we do, we’re relieved that we have good coverage available. Here in B.C., we are fortunate that our basic coverage covers as much as it does. 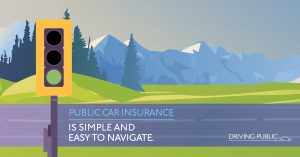 Rising rates frustrate all of us, but privatizing our basic car insurance is not the answer. To put it bluntly, there is no guarantee we would see any decrease in cost. In fact, if Alberta and Ontario are any indication, it is more likely the opposite. And let’s not forget that private insurance companies answer to shareholders, not to drivers, which means that they are driven by profit and not by public good. They choose who they want to insure and are able to discriminate against folks based on their gender, marital status or age.

In provinces where there is private car insurance, up to 20 percent take the risk of driving uninsured because they either can’t find an insurer willing to take them or they can’t afford coverage even if one was willing, putting everyone else on the road, including cyclists and pedestrians, more at risk. In B.C., that number is only at about one percent which means more people are protected should something go wrong and a crash occurs.

But let’s get back to rates in British Columbia where we can make a fair comparison. As of September 1, ICBC’s current estimates show that the vast majority of drivers in our province will see a reduction in their insurance rates. The overall average is that rates are down $90. And for those who will see a savings, their premium is going to drop by an average of more than $300 per year. Alberta and Ontario drivers won’t be enjoying those kinds of savings this coming year.