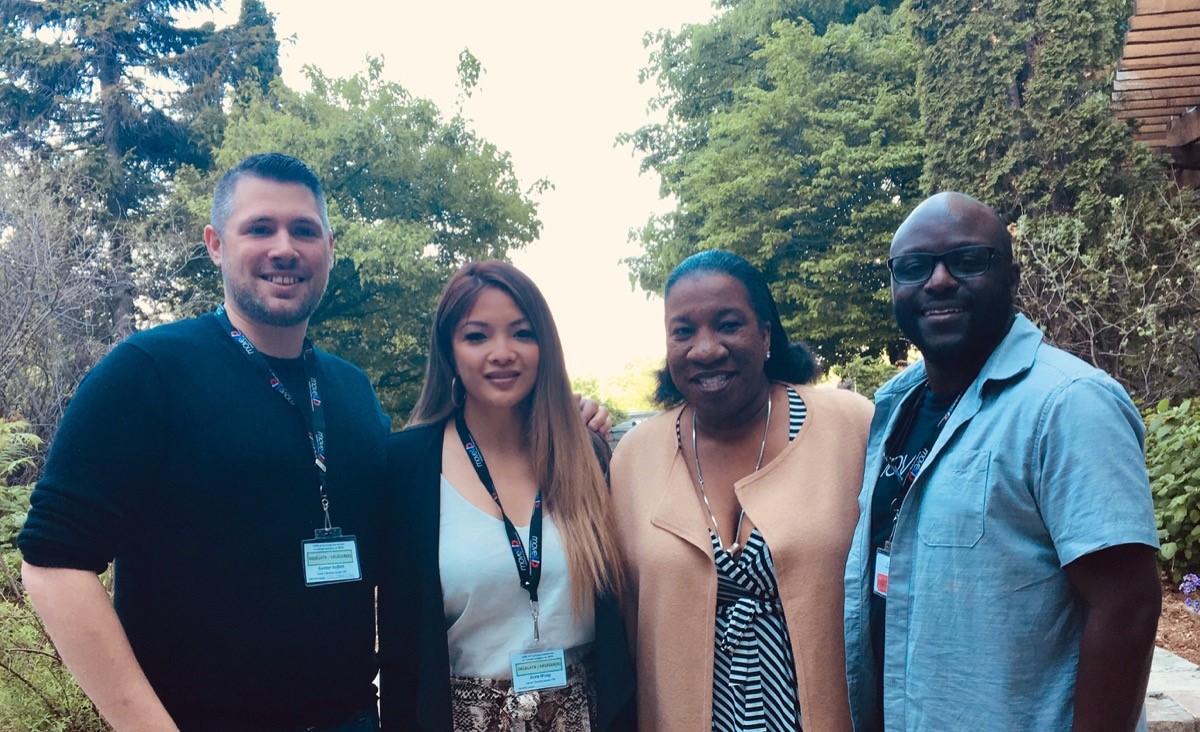 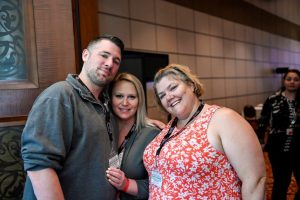 It was business right from the get go on the second day of the 2019 COPE/SEPB Convention.

REPORT ON THE NATIONAL STRUCTURE

The day began with a report from Pierre Gingras, former Legal Counsel for COPE/SEPB, on the resolution passed at the fifth triennial COPE/SEPB Convention in Toronto where COPE/SEPB’s structure to be examined.

The report found there was strong support across the country on maintaining the current structure of the national union.

Daniel Boyer, President of the Quebec Federation of Labour, was next to take the stage and he gave a rousing and inspiring speech touching on numerous topics.

He began with talking about the work that the FTQ, which represents 600,000 workers in Quebec, including launching their $15 minimum wage campaign which is striving to debunk myths such as job loss, creation of inflation, and high school dropout rates – all things that he points to have been disproven in Ontario following their last minimum wage raise.

He blasted Ontario Premier Doug Ford for refusing to raise the minimum wage out of ideology, pointing to the inequality that it creates.

Boyer went on to talk about the FTQ’s work in preparation of the federal election campaign and the issues that they are focusing on including demanding public universal medical insurance, the need to establish the bass for a fair transition in the face of autonomy and technological change, and the need to improve the employment insurance problem and protecting pension benefits.

He also spoke passionately about the need to protect our environment, stating that if there is a dead planet, there are no jobs. 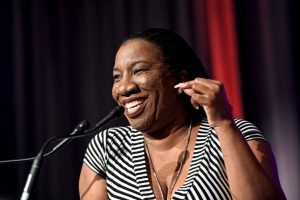 The afternoon session had the delegates returning from lunch re-energized and tuned in to every word as Tarana Burke, founder of the viral #MeToo movement raising awareness for sexual abuse and sexual assault, took to the stage.

Burke spoke about her background growing up in The Bronx, New York, her mother’s influence on her becoming a black feminist and to recognize injustice early on in her life, and her start with the 21st Century Youth Leadership Movement which gave her an opportunity to train as a grassroots community organizer and taught her that she had the power to do something about the injustice she saw around her.

She talked about how she had previously suppressed talking about issues related to sexual violence until someone she met opened up to her. Even then, she was not yet ready to open up despite being able to recognize the pain and trauma. However, she credited this as being a life-changing moment as she would soon find herself working with many girls while working in a junior high school community in Alabama who were comfortable enough to open up. This allowed her to shift her approach to recognize that not only was there a need to focus on healing, but to find an understanding about why this was occurring in this community.

This experience and working with people around her was the genesis of the #MeToo movement which, at its core, is about healing and action. She lamented that although the movement has gone viral, the amount of money directed to resources for people who are doing groundwork for helping those affected by sexual violence has not changed.

Burke closed out by telling us that despite what we read in the media about the changes in our world, that we still have much work to do. For workplaces, it cannot simply be about policies and prevention, but that there needs to be a focus on healing as well.

Burke also fielded questions from delegates. Among her responses to some of the questions include: 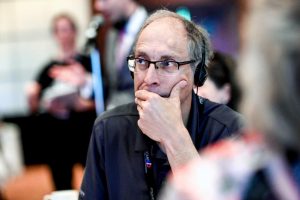 A number of submitted resolutions were debated and voted upon. Some of the highlights include:

*The prevailing sentiment is that this responsibility should fall on the Locals rather than the National. 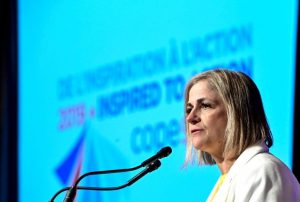 The Vice-Presidents’ Reports from Regions 3 (Alberta, Manitoba, Saskatchewan, and the Territories) and 4 (B.C. and Yukon) were presented.

Delegates also indicated their intentions to collect donations in support of the MoveUP members on the picket line at Westminster Savings Credit Union’s Shaughnessy Station branch in Port Coquitlam, B.C.